Paintings: Eadie Was A Lady 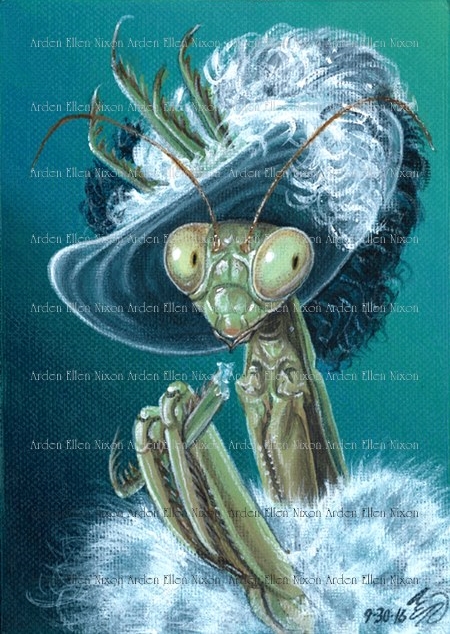 What began as an innocent desire to paint a mantis wearing a fabulous hat became a quandary when I could not think of a suitable title. My thanks to my friend Megaera for introducing me to this song when I asked for suggestions!

Eadie was a sucker for a bottle and glass
But in spite of everything that gal had class
Then one winter, she wed a Chinese printer
Struck her with refined like ways