Paintings: The Last of the Dodos 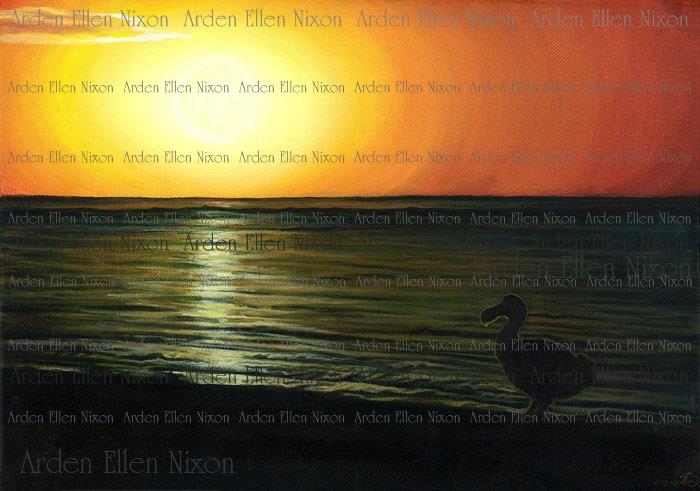 Dodo. The word is so ridiculous, the birds' reputation, likewise. I assumed them silly, too, and planned to paint one accordingly... and then I did my research. Far from the small portly birds I imagined, this pigeon relative averaged 3.3 feet tall, had a 9 inch bill, and weighed in at a stout 44 lbs--not a creature to be taken lightly! And yet, it was. Clubbed to death by hungry sailors, their young devastated by monkeys and pigs introduced by the same, the dodo--long-sheltered and specialized on its island paradise--became extinct within 100 years of being discovered. It disappeared so completely, in fact, that many thought it a beast of legend, no more real than a unicorn, until partial remains were found on its home island of Mauritius. We know less about dodos than we do most dinosaurs, and the former has only been extinct since the late 1600's. A surprise find of complete dodo skeletons in 2005 and 2007 filled in many physical gaps, but their full appearance is still conjecture based on second-hand drawings and the few withered parts that remain in museums. The tale of the dodo, as it turns out, is far from funny.

What has become one of my favorite paintings is also what may be the last "live" depiction of a dodo. (Link and visual references courtesy of Wikipedia).

Recommended reading: The Song of the Dodo: Island Biogeography in an Age of Extinction by David Quammen. Published in 1997, this book predates the latest dodo finds but is still a fascinating (if often depressing) read.